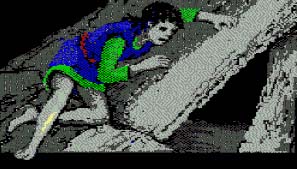 On and on it went. Duncan understood some of it. Attack, request, human. Order one requested--that must mean one wish was to be granted, as in the legends. Never again would Duncan laugh at legends, thinking himself wise. This was no prank of the other young men; no one could hide in a cave and shout on and on in such a voice.

No one but a priest should enter a Cave, but probably not even the priests knew of this one. It was Duncan's, for his sign had led him here. He had been granted a tremendous sign.

More awed than fearful, he slid between slabs of rock, finding the way down, rock and earth and then metal under his feet. He dropped into a low metal cave. It was as he had heard the god-caves described, very long, smooth, round and regular, except here where it was bent and torn under the fallen rocks. In the cave's curving sides were glowing places, like huge animal eyes, giving light enough to see.

And here the shouting was very loud. Duncan moved toward it. 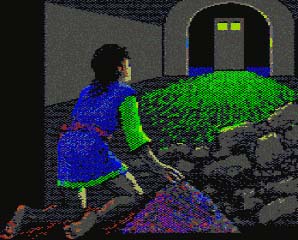 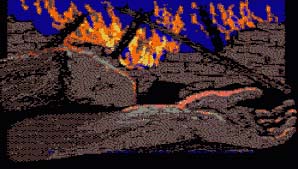 We have reached the surface, the scouts radioed back to the berserker, in their passionless computer-symbol language. Here intelligent life of the earth-type lives in villages. So far we have killed eight hundred and thirty-nine units. We have met no response from dangerous weapons.

A little while the berserker waited, letting the toll of life-units mount. When the chance of this planet's being a trap had dropped in computer-estimation to the vanishing point, the berserker moved in to close range, and began to mop the remaining defensive satellites out of its way. Its scouts could not efficiently depopulate the whole planet; but the berserker could. 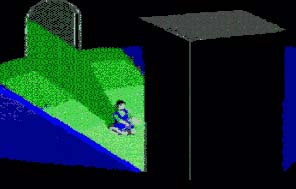 "Here I am." Duncan fell on his knees before the metal thing that bellowed. In front of the god-shape lay woven twigs and eggshells, so old as to be hardly more than dust. Once priests had sacrificed here, and then they had forgotten this god.

"Here I am," said Duncan again, in a louder voice.

The god heeded him, for the deafening shouting stopped. 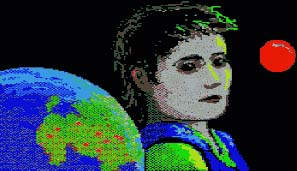 In a glassy place beside the god strange things appeared: there was a huge ball, with little red specks crawling its surface, and a little red ball the size of a fist moving toward it.

How could you ask a god to speak more plainly? Duncan gaped at the moving things in the glass, and waited for enlightenment.

After a little time of silence, the god said: "Request order one."

That seemed understandable, but to make sure, Duncan asked: "You will grant me one wish, mighty one?"

Duncan, still kneeling, closed his eyes. One wish would be granted. The rest of the words he took for a warning to choose his wish with care. If he wished, the god would make him the wisest of chiefs, or the bravest of warriors. The god would give him a hundred years of life, or a dozen young wives.

But Colleen was out in the darkness, now, facing the wolf. Even now the wolf might be prowling near, just beyond the circles of firelight, watching the sheep, and watching the tender girl. Even now Colleen might be screaming--